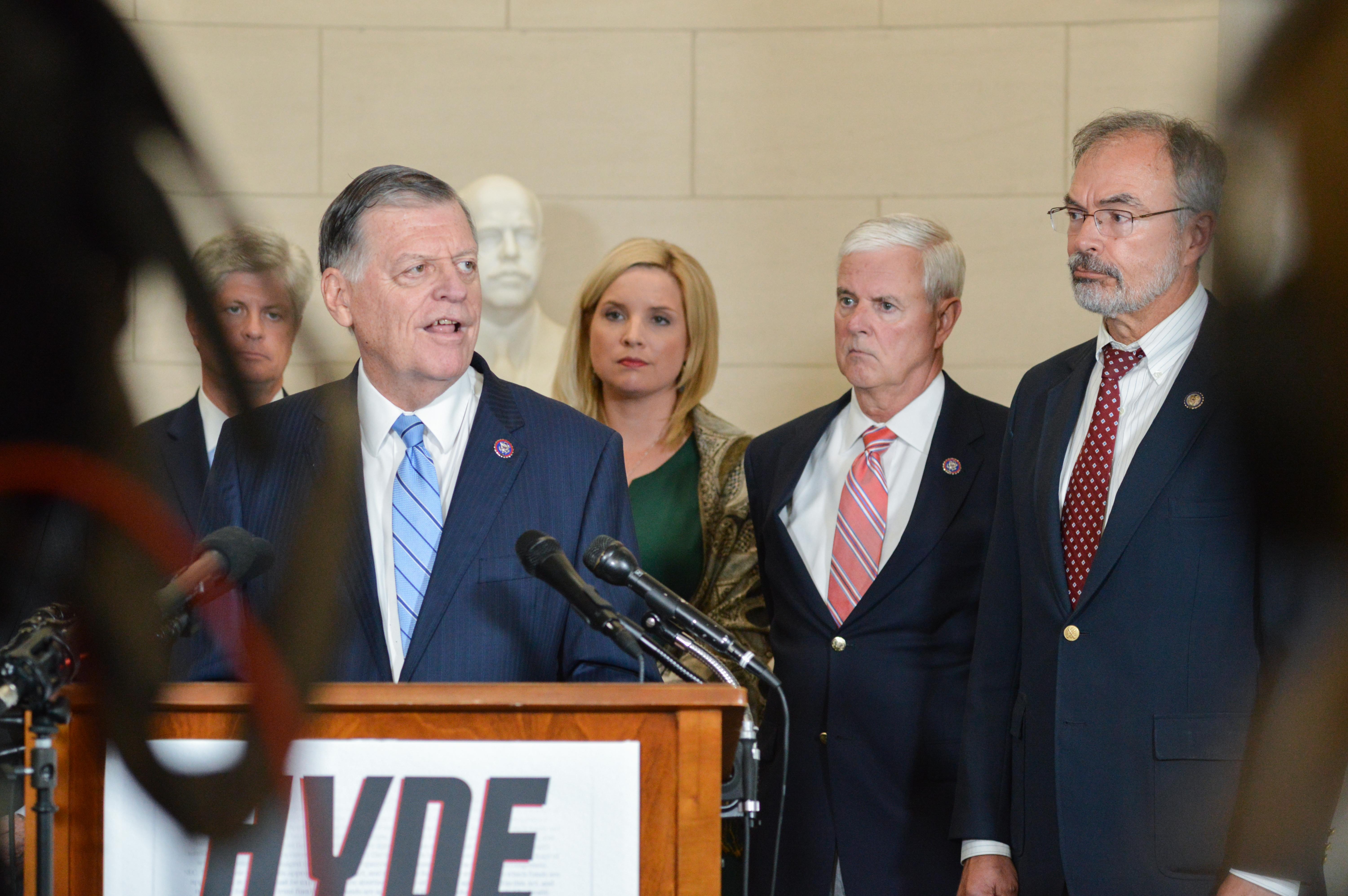 See here to watch the entire press conference.
Cole: “If you take out the Hyde Amendment, which of course prohibits federal funding of abortion except for very limited cases, if you take out the conscience protection offered by the Weldon Amendment, Republicans will simply not vote for the bill. There's no negotiation here. There's no compromise here. And again, it was a Democratic decision to upset what had been a compromise between the two parties that has stood the test of time for 45 years.”

Harris: “We’ve always had bipartisan agreement that although there can be differences of opinion on life issues, on the issue of abortion, there has been a virtual consensus now for decades that on this, the use of public taxpayer funds to pay for abortion, there has been broad agreement that this is not an appropriate use for federal tax dollars…. As a healthcare provider, as a physician, I think that most Americans believe that religious and conscience protection should be included, and the exclusion of a conscience protection, I think, is something that is going to be also a deal-breaker for this bill going forward.”

Fleischmann: “Today, we have seen the Democratic Majority actually impede and stop the entire appropriations process by taking another step in the wrong direction. Plain and simple, repeal of the Hyde and Weldon rules will not fly. They are non-starters; they’re game-enders; and I sincerely hope that the Majority reconsiders this radical position and realizes that the American taxpayer does not want federal funds used to fund abortion.”

Hinson: “[The Hyde Amendment has] saved almost two and a half million lives since it was put in more than 40 years ago – before I was born, and before my mother chose life… So plain and simple, the Hyde Amendment saves lives, and really the conversation today was about respecting taxpayers. It wasn't about a woman's choice. It was about whether or not taxpayers should pay for abortions, and overwhelmingly taxpayers don’t believe they should. So what this showed me today was that the conversation in there was completely out of touch with the conversations that are happening at kitchen tables, not only in Iowa but across the country.”

Fortenberry: “This is an age of contradiction. We want tolerance for all peoples. We want inclusivity. We call out and cry out for justice, but we leave one group of persons behind: expectant mothers and their preborn children. You’ve heard this statistic over and over again. This amendment today was about not providing taxpayer money to pay for abortions. 60% of Americans agree with that. Even Americans who do not ascribe to a pro-life perspective like we all do still agree that no taxpayer money should be used for the provision of abortion.”

Rogers: “The short-term results of what we just did in full committee markup is kill this bill. With this provision left out of this bill, it can't pass the Congress…. Henry Hyde was a great American, a great legislator. I knew him well, and when he spoke on the floor, they lined up at the doors to get in – mainly because of his position. The moral position that he led us in was to protect life.”

Rutherford: “I think Democrats have really made a reckless procedural decision here. When you recognize the fact that the 2021 Marist survey showed clearly that three out of four Americans believe these sorts of restrictions like the Hyde Amendment and the Weldon Amendment, that they support that. The Republicans in Appropriations are standing solemnly with the American public, and I think that's the message that the Democrats have failed to hear today.”
Subcommittees:
Labor, Health and Human Services, Education (117th Congress)
117th Congress