WASHINGTON – Today, the full committee met to consider the fiscal year 2023 bills for the subcommittees on State and Foreign Operations and Interior and Environment. 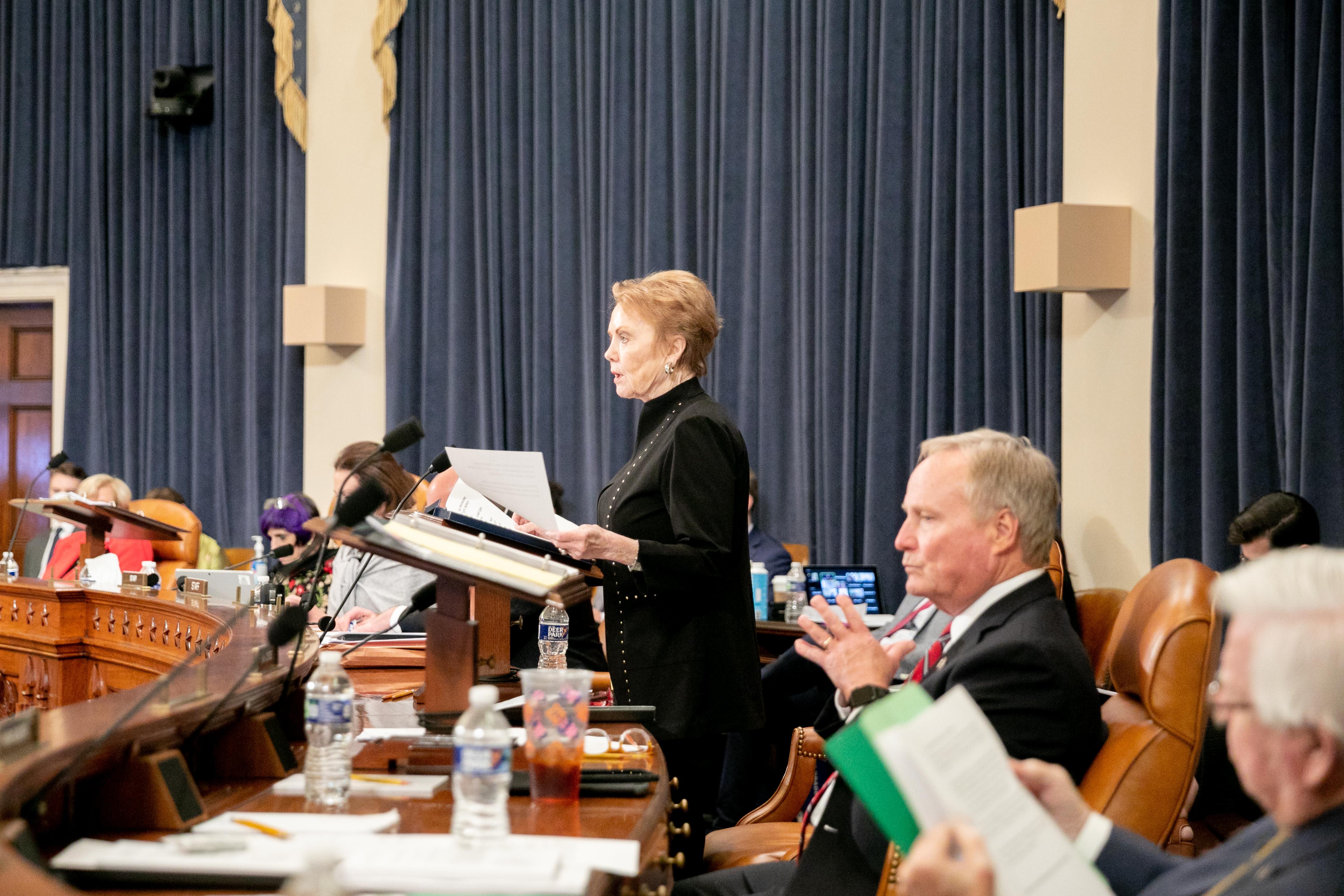 Ranking Member Kay Granger (R-TX), the lead Republican on the Appropriations Committee, said of the measures, “At a time when our allies face acts of terrorism and our enemies continue to be aggressive, Democrats included misguided conditions on key partners around the world and opened the door for bias against our great ally Israel at the United Nations. In addition, my colleagues on the other side of the aisle directed federal resources to partisan climate initiatives and limited opportunities for domestic energy production.

“Thankfully, many Republican amendments were accepted, including preventing funding for an Iran Nuclear Deal unless approved by Congress and for the U.N.’s Commission of Inquiry – a new tool used to target Israel. In addition, Democrats joined us in holding bad actors like Russia accountable and in strengthening congressional oversight of aid to Ukraine. While more needs to be changed to adequately address the needs of the American people and our allies, we secured significant wins during today’s markups.”

State-Foreign Operations Subcommittee Lead Republican Hal Rogers (R-KY) added, “These are extraordinary times for American security and the security of our allies and partners around the world. Unfortunately, this bill falls short on the most fundamental priority – protecting our national security. Instead of providing robust increases for security assistance to key allies and partners, the bill instead holds flat or cuts these key investments. Meanwhile, the bill places greater priority on an extreme climate change agenda, the United Nations, and increasing the size of bureaucracy. This approach is counterproductive to our own interests, especially at this critical moment in history.”

Interior-Environment Subcommittee Lead Republican Dave Joyce (R-OH) added, “While I support many of its bipartisan provisions, this legislation fails to address the dire energy crisis our country is in due to the Biden Administration’s hostility towards domestic conventional energy production. With rising energy costs and unprecedented prices at the pump, it is more important than ever that we support an all-of-the-above domestic energy strategy. And yet, this legislation would prevent and disincentivize domestic production, making us more dependent on foreign powers—including our adversaries and those with questionable environmental and human rights policies…all while providing a nearly $7 billion increase in discretionary spending. I simply cannot support this bill when our national debt has surpassed $30 trillion, inflation has hit a 40-year high, and Americans are facing record breaking gas prices. I urge my colleagues on this Committee to continue working together to find common ground, address the ongoing energy crisis, and reach a bipartisan agreement on spending.”

In an effort to push back on the Democrats’ partisan proposals, Republicans offered several amendments during both markups.